Authentication on Mobile for Africa – what are the options and risks

Robust ID and authentication are central to the development of a digital economy - we explore the options available on mobile for Africa and the pros and cons of each. 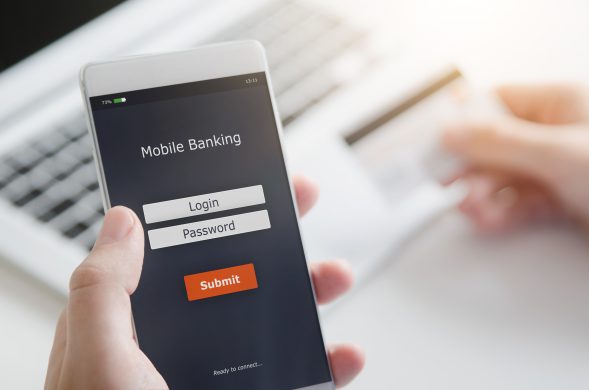 As the default ID system for many digital services, email and password provide a very weak system, which is easy to exploit.To protect against users when their login credentials are compromised, two-factor authentication (2FA) and multi-factor authentication methods are being rapidly adopted across the industry. Authenticating a user where more than one factor is required for validation, enables a much stronger and more reliable fraud deterrent.

Below we explore the options available for authentication on mobile and the pros and cons of each.

Two-factor authentication using SMS/text is the most frequently used process for mobile authentication. An OTP is sent to the user via SMS to be used to complete a login or authenticate a transaction.

Though this method is safe, compared with a simple email and password, it does have flaws. OTP via SMS can be compromised by fraudsters who:

Another weakness relates to the ‘inside job’. Cellular networks and messaging intermediaries typically store SMS messages and authentication codes. Generally, the short message service centre (SMSC) stores them as plain text before they are delivered to the recipient. This makes the system at risk from corrupt ‘insiders’. They can steal passcodes and intercept messages during transmission.

A different kind of flaw in SMS concerns the reliability of the message flow. It can take many intermediaries to transmit one message. Sometimes these intermediaries use ‘grey routes’ (they go via operators in other countries for reasons of cost). The end result is that messages can take a long time to arrive – or sometimes not arrive at all. When a service provider is sending time-sensitive log-in details, this is clearly unacceptable.

App authentication provides a robust security measure, with a great user experience. However, in the African context, there is the question of addressable market. While SMS is universal, apps require a smartphone to access them and a data connection to use them for authentication purposes.

According to the GSMA only around 33 per cent of Sub-Saharan Africans own a smartphone. Meanwhile, data connections are still relatively rare in Africa. The GSMA says that 550 million Africans will be connected by 2020 – leaving 60 per cent of the population offline. This means that authentication via apps is not a viable solution for service providers to address all customers across Africa. Further to this, service providers cannot guarantee that a user will download an app.

Biometrics are also intrinsically unique and easy to use. Also, biometrics are usually stored locally – inside the phone, rather than in some remote data farm – which acts as another layer of protection against corrupt third parties.

However, biometric technology is not entirely risk-free. Fraudsters and criminals have copied fingerprints, fooled facial recognition systems and hacked some voice-recognition software.

In reality, these risks are still minimal. The bigger problem in an emerging region like Africa is availability. Simply, not many people have smartphones, and still fewer have the kind of premium devices that support biometrics.

Out of Band Authentication via USSD

OBA via USSD is a popular choice for mobile authentication in Africa because it provides a powerful authentication method and provides access to 100% of a service provider’s addressable market. USSD (Unstructured Supplementary Service Data) is a communication technology that is used to transfer data between mobile devices and a network in a safe, secure and temporary manner.

Why USSD technology works for authentication in Africa?

Read more on Myriad Connect’s Out of Band Authentication via USSD solution.

We use cookies to ensure that we give you the best experience on our website. If you continue to use this site we will assume that you accept the use of cookies. AgreeCookies Policy